Can you feel it?

The Christmas season is ramping up. And that means that Christmas shopping is beginning…or, if you’re one of those people, it’s over already and you’re sitting under your cozy blanket, sipping your cocoa, watching Christmas movies smugly while the rest of us are still in brainstorming mode.

Here at the Sisterhood, we’re in full Christmas mode. Some of the sisters and babies went to the local Santa Claus parade this past weekend, we’ve made plans to decorate a tree together, as has been the tradition for the past few years, and sugarplum visions are definitely dancing.

Lillian and Sophie with their boosters

So, what to get the loved ones in your life? The hard-to-buy-for? The have-everythings? We’re here to help! For the next few weeks, each sister will give you a gift guide to help cross people off your list or add stocking stuffers you might not have thought of.

My gift guide is for the geek in your life, the kid that never grew up, the adult who loves their toys – a.k.a. Ben.

It’s tough buying for a geek when you are not a geek yourself. If you don’t speak Warhammer or Game of Thrones or Star Wars, what the heck do you do, short of asking for a detailed, specific list, including where to buy such things?

And Ben is like most geeks: he’s particular. He likes what he likes and nothing else. This can be a blessing or a curse. On the one hand, you can’t just go to Google, type in ‘gifts for geeks’ and pick something willy-nilly. You’ve got to know your stuff. In fact, when I was coming up with this gift guide, I had to ask him clarifying questions about which games he played and what systems he subscribed to. Geeks are TOUGH. But, it also means they have likes – there’s nothing worse than trying to buy for someone who just doesn’t care. My biggest tip? Before purchasing anything, double check what you should be buying. You don’t want to get a Star Trek hoodie just to discover your geek likes Star Wars. TRUST ME.

For my geek, I wanted to get things that could be useful and fun – we have kids and limited funds, so purchasing hundreds of dollars worth of miniature-painting items make no sense. He has no time, our babies would eat everything, and I want more bang for my buck.

Ben likes to build things. If Isaac were older, we’d totally have Lego building parties, but since we’re still in Lego-can-kill-the-baby stage, we are firmly in Mega Bloks land. But, saying we were in the tiny building block stage, I would totally get Ben some Lego.

Like this Lego Minecraft set. I asked him which one and he said The Forest. And then he started to hum and ha about it. So, I’d get him a couple. And then maybe a gift card for more. Because what do I know?!

Something I do know about is coffee. This Build-On Brick Mug is perfect for the block lover on your list. It’s practical (CAFFEINE) and fun! It also works with whatever block set you have, so you don’t have to buy new blocks to work with your new mug. Win-win.

Beyond Lego, I can see Ben and our babies (after they’re all done swallowing screws and small parts) building other things together, like this catapult. I’m not saying I would condone such projects, but I think they’d have an absolute blast putting something like this together and then shooting things across the house. At me. Maybe this shouldn’t be on the gift list. 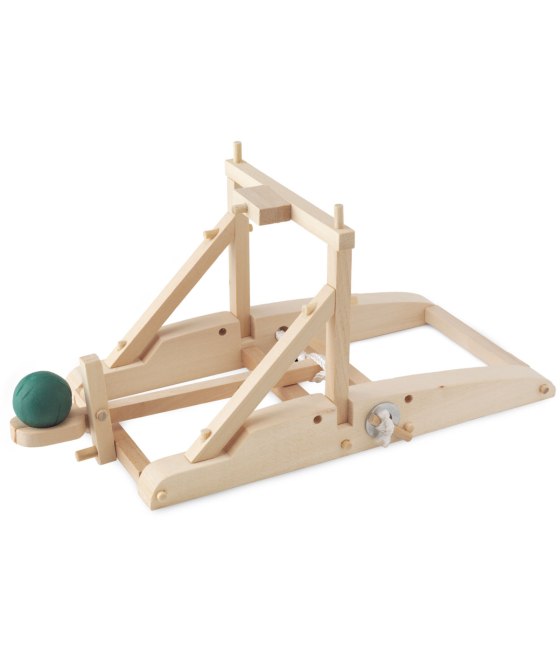 My geek LOVES t-shirts. Would wear them all day, every day, if his job didn’t require a collar. This t-shirt is totally him – it’s graphic, doesn’t have a crazy saying on it that he couldn’t wear everywhere, and it’s from The Big Bang Theory, one of his favourite shows.

He also likes to cook. And he’s in charge of all the knives in our house (read: I can’t be trusted). I saw this knife set and knew it was over the top. And expensive. But, if money were no object and I didn’t care about our home decor (I legitimately don’t – my design ethic is ‘won’t kill yourself walking around’), this would be the knife block I would get him. Note that it’s Star Wars and NOT Star Trek.

Maybe he could whip up a fitting lunch to go in this geeky lunch bag. Chemistry, anyone?

To go with his super nerdy lunch, Ben could also take this scientist-fueled calendar, based on the popular Mythbusters show, and put it on his desk at work. A myth busted every day? With scientific explanations? GEEK-HEAVEN. Maybe not great for productivity, though…

Ben and his family love playing board games together. It’s a little daunting playing with them since they have been doing it for so long and have this secret language and code, especially when playing Clue (I’m SO out of my league!). Ben and I have been having weekly date nights and for some of them we play a game or two. The last game we played was chess, whereby Ben whooped my butt a hundred times. The board we used is mine from high school and it’s missing a pawn, the felt is wearing, and the board is starting to fall apart. I love the look of this board, it folds up nice and small, and would be a welcome upgrade to the ghetto one we have. 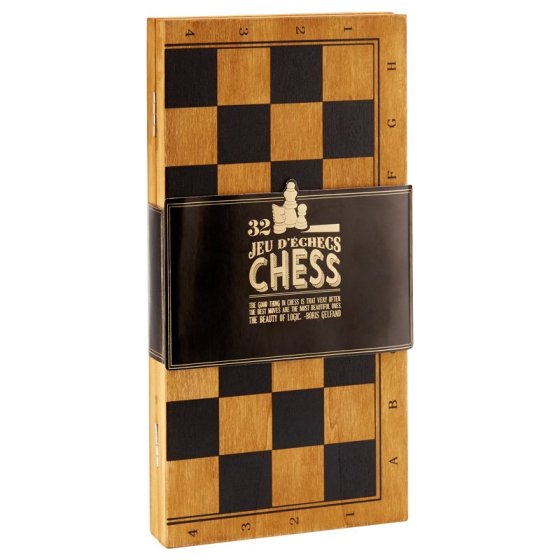 Vintage Chess Set – so Ben can kick my ass in style!

His love and skill for chess stems from his number-minded brain. I work in words, he works in digits, sums, and math (gross). This numbers puzzle would be right up his alley. Not mine. 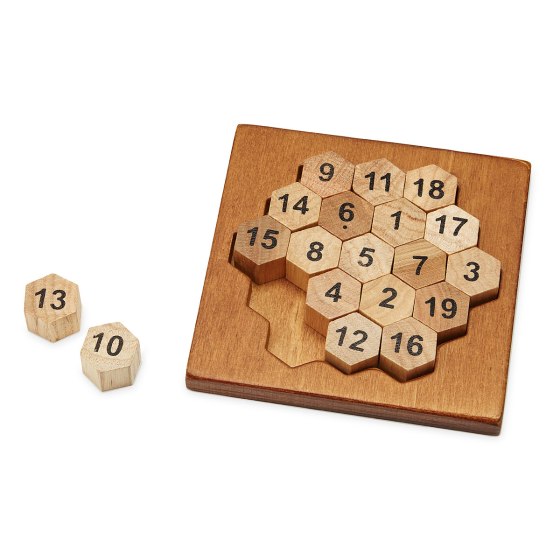 My geek also has the weird addition of being a jock. And that piece of his nerdom can’t be ignored. He’s an avid football (NFL, not European) fan, and specifically LOVES the Baltimore Ravens (something about defenses and his high school football career and other stuff). He also likes biking, as in, bicycling to work. This backpack would be perfect – branded with his team and big enough to carry all of his work clothes so he’s not sweaty and gross all day.

I almost wish that I hadn’t already bought Ben his Christmas present this year (Toni, Jacqui and I are taking our football-loving boys to a Baltimore Ravens game in December!), because I would definitely be getting him items off of this list. Ah well, there’s always next year!