Welcome to the Weather Vane Sisterhood blog! We’re four sisters from one family with four very different points of view. 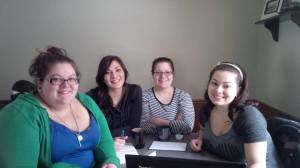 This is Julia. She’s the oldest. This does not mean she’s the wisest. She’s a writer and mom to three babies here and a baby in heaven. She’s married to an awesome man named Ben and works hard at keeping her head above the water. She has fought and won against postpartum mood disorders (PPMD / PPD) twice and is constantly raging against the nutty thoughts in her head. A good day includes reading, a shower, and maybe even some sleep. Her dream job is to be a novelist and to have clean clothes all. day. long. 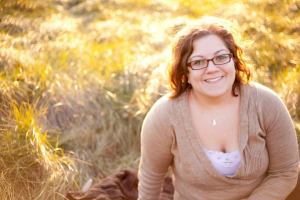 This is Toni. She is the second-oldest or first-youngest of the four sisters – also known as the troublemaker of bunch. Born a rule-breaker, Toni works in marketing and figuring out what makes people tick is her passion. She lives with her handsome fiancé Michael, two AMAZING step-kids (M & J) and two giant dogs named Rocky and Adrian. In her downtime, Toni loves working out, going on last minute adventures, being outdoors and hanging out with her kick-ass family, especially her sisters. 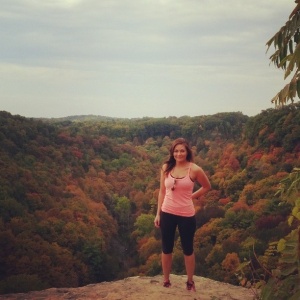 This is Jacqueline (Jacqui) she is the second youngest, or the third oldest of the four sisters. She lives in a small town with her fiancé Cody and two dogs, Bacon and Hendrix. Cody is the peanut butter to her jam! She was diagnosed with epilepsy at the age of 17, but has been seizure-free and off all medication for a while! Jacqui loves to cook and is currently planning her wedding! 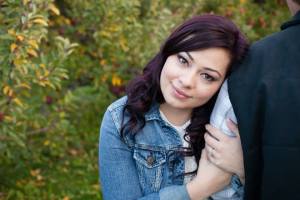 This is Andreah (pronounced: on-dr-ay-ahh) (a.k.a Dee). She is the youngest, or the fourth oldest. Which means she has had fewer years, but not fewer experiences. She is an artist of all types of trades, but her favourite is photography. She has had her problems with depression, but is using the tools she gets at counselling to make it through her days. She has just moved to a city that is roughly 232 km away from the other three sisters with her boyfriend, Joe, who is her rock and loves her even when she’s being ridiculous. She loves to read, sing, dance, travel and is a part of an online community called Nerdfighters. Her favourite day is when she gets to go on a crazy adventure. 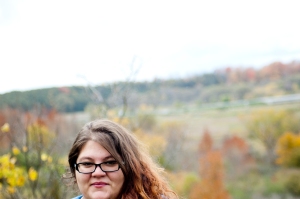 So come along with us as we find our way but never lose sight of each other. 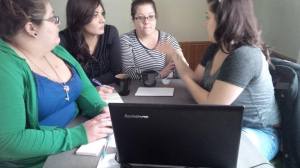 One thought on “About”