I love television…I do. I love coming home after a long day at work, dumping my bags at the door, falling onto the couch and putting on any television show.

When I was younger, the TV was barely on – we were always outside creating our own adventures, climbing trees and scraping knees. Then elementary school happened, and it became more and more important that you watched the same shows as your peers, after all who wanted to be different and not watch that amazing episode of The Simpsons (side note, we had restrictions on what TV we watched, and The Simpsons was definitely not in our repertoire).

My parents did not see the same importance of television that I did, and because I didn’t pay the bills, they weren’t really willing to add cable to the long list of monthly household bills we had. Thus we “managed” with 5 channels: TVO, CBC, CTV, CityTV, and Global. I say we managed because it was not instilled in us the requirement of having cable or satellite. We had a TV – and that was more than what others had.  Those 5 channels – they were all we needed.

TV became a meeting place for my sisters, myself and my mother. Wednesday nights after church we would come home and watch Gilmore Girls – this was our weekly ritual, and regardless of what happened in the day, the homework you had or the projects that were due, we all met around our little TV, which was a raffle prize from when I was 6, and watched Rory and Lorelai go through their ups and downs of life.

Thursday nights were when we watched the best, Friends, which to this day is the most amazing television show and is quoted at least daily. 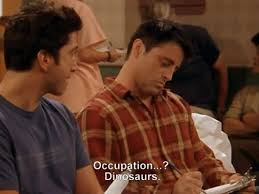 There was also Boston Public, and CSI, and Without A Trace, which Julia and I would never miss – and even when she moved away we would watch it on the phone together.

The love of TV is not a foreign concept. I laugh as my mother-in-law and sister-in-law plan their evenings and days around their “Shows”, and there are a lot of them – I would be surprised if the number didn’t rise above 10.

I, too, find myself recording a show that I can’t seem to live without. I wake up early to ensure that I am prepared for the conversation around the water cooler the next day. I watch Grey’s Anatomy and Nashville and love both television dramas. I have cried as the characters cried, and laughed as they make their smart ass comments. 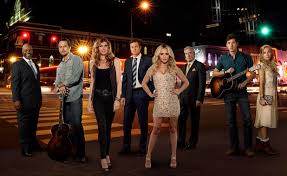 Why – why do we love it? Is it because it plays on our human curiosity of wanting to know and understand different situations? Some argue that television has replaced novels, but it’s a natural evolution! We have evolved from telling stories for entertainment to radio, to black and white moving pictures, to smaller daily productions. Now we have 3D and projection screens to make our experience that much better.

The created and imaginative fiction is still present, the delivery has just changed.

For me the answer of why I love television is because it is a break from thinking of the daily struggles. When I watch TV, I am not thinking about the amount of work I have waiting for me the next day – I am thinking about the quirky girl and geeky guy who live across the hall from each other who one day will finally be together as the storyteller has intended.

I love television – I really do. I love telling and listening to stories, and whether the delivery is a blog or a sitcom, there is still an audience willing to listen.